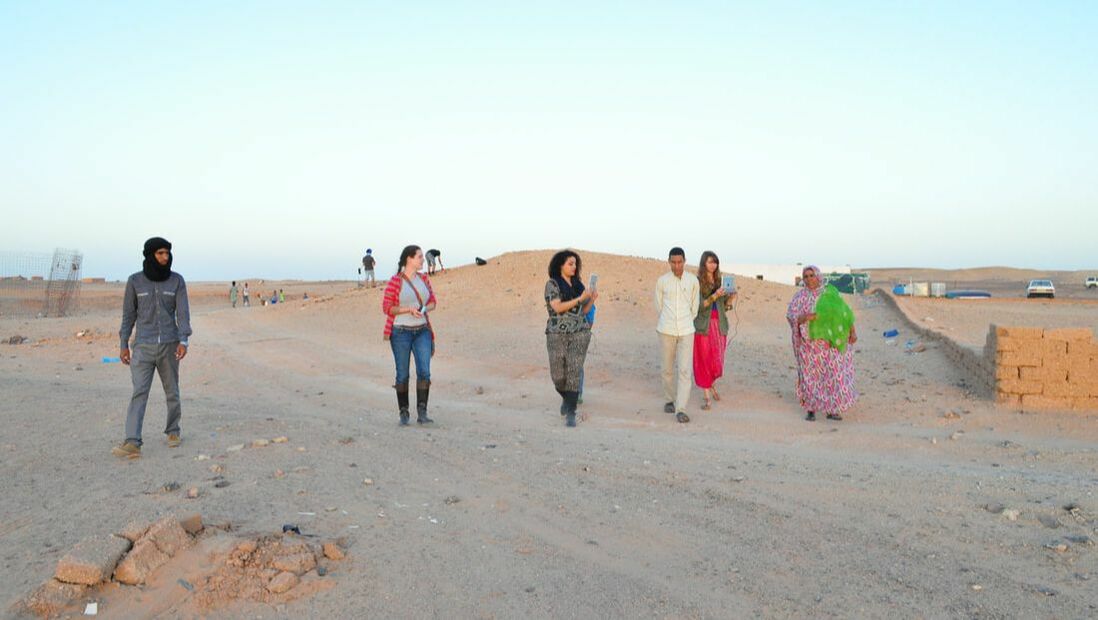 Shpend Zeqiraj is based in Suhareka, Kosovo. He is a graduate of of the Fakulteti i Ndërtimtarisë dhe Arkitekturës, Pristina, Kosovo. Shpend started out as a student at the Center for Creative Education Fellbach Haus in Suhareka and is now one of our teaching artists.

Brian Testa is a New York-based, artist, and art educator. He is recognized for his community art-making and was awarded special congressional recognition in 2014. Brian earned his B.F.A. in K-12 Art & Design Education from Adelphi University. His research includes S.T.E.A.M, immersive and adaptive art-making, art as a communicative tool; visionary and shamanic art. His recent projects explore immersive art-making through Virtual, Augmented, and Mixed Reality (VR/AR/XR). As an artist, Testa is interested in pushing the limits of gravity, time, and movement through the process of floating ink on the surface of bodies of water to create monotypes. His art is heavily influenced by a shamanic, interconnected view of the world. Testa is a strong advocate for community-based art, collaborative art-making, and promoting peace, compassion, and love across and within art & education.

Anita Ramshaj is a Graphic Designer/Illustrator/App Designer/Artist /Activist /Painter/Feminist based in Suhareka, Kosovo. Anita studied Graphic Design & Multimedia at Kolegji AAB. Anita started out as a student at the Center for Creative Education Fellbach Haus in Suhareka and is now one of our teaching artists.

Rob McCallum is an Art and Design Education educator and the Director of Creative Art Start, an after-school and summer arts program for K-8 children and youth. His current creative passion is art, technology and STEAM. He also designs and produces community-based collaborative art with children and youth. His collaborative work has been exhibited in the US and internationally.

Cindy Maguire Working with a range of media, Maguire’s primary focus in her own art is collage and printmaking. In addition to creating work as a solo artist, she also designs and produces community-based collaborative art with children and youth. Her collaborative work has been exhibited in Los Angeles and the New York City Metro area as well as internationally.

Barrie Maguire is a musician, producer and arts educator. Barrie, the original bass player for the Wallflowers and co-producer of Natalie Merchant's Tigerlily​ and several Amos Lee records.

​Ann Holt current creative work is collaborative and focuses on social justice issues- one project is a participatory observation involving the documentation and archiving of the material history of Arts Action Group; another project looks at the impact of online pedagogic encounters with social justice art.

Refki Gollopeni directs the International Art Colony Festari and the Animation Film Festival in Suhareka. Refki’s paintings are in numerous private and public collections and his graphic design work has been recognized by the National Bank of Kosovo, first place for a poster recognizing the 100th anniversary of the independence of Albania. Refki is the arts education at Fellbach-Haus Centre for Creative Education.